AnimAlphabet - The First Read Through

It's early August and Mark and Dean have taken the ideas from the session and carved them into a script that focuses on our emergent hero 'Cockatoo'. The story starts to flesh out and we are confident enough to take it to a first informal read through - just so they can hear it out loud.

Like Alan and Sam, Mark and Dean have a strong work ethic - they don't like to do things one at a time and don't do things by half. It's mid-August. Mark is directing and Dean is producing a show called Shout - The Mod Musical at Wokingham Theatre, Berkshire. What a perfect opportunity to put the script in front of some actors to have them bring the characters to life for the very first time.

We listen to the groups feedback and something becomes all too clear - the journey is good but there is something missing, no one can quite put their finger on it. We take the script away and keep working on it, refining the text, adding parts, deleting others, moving bits around, changing the order... all helpful but still... something is missing.

This first read-through helps us to identify issues with logistics. We will only be hiring 4 actors and 1 technician and there are 8 characters in the performance at this time, so we had to think carefully about how the actors were being used within the script. 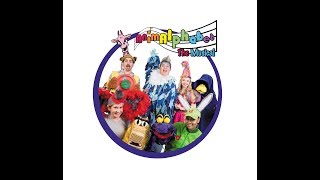